This text is a reflection on Corporate Social Responsibility, with particular attention to the issue of sustainability. In particular we talk about the ethical responsibility of companies towards their stakeholders and, more generally, towards society.

The definition of Corporate Social Responsibility, often shortened with the acronym “CSR”, dates back to the 60s, so it’s a term that is anything but recent, but which still remains unknown to most people nowadays, that’s why most of this work focuses on the importance of communicating and extending this concept beyond the corporations, with the aim of inculcating in people a new sense of citizenship.

In 2019 we’re also experiencing an interesting historical moment in this context because something is changing, people have developed a new sensitivity to and respect for environmental issues. Just think, for example, of the very young Greta Thunberg and the million kids worldwide who are protesting in defense of the Earth.

The concept of this work is basically a reflection, an invitation to companies to reorganize and bring to life various productive realities, abandoning old entrepreneurial logics in favor of environmentally sustainable activities, which will also be inclusive and collaborative, creating new social value. In parallel, this text is an appeal to the media world and institutions to promote education and new skills in the field of CSR. In fact we should start not only from new visions and possible alternatives, but also from the acquisition of new awarenesses on the part of the whole of society, guaranteeing each person the knowledge indispensable for understanding the strong bond that links productive enterprises to human rights and to hope for a fairer world.

The text is divided into four different chapters, which address the same subject from different perspectives.

The first chapter traces some historical indications concerning the origin of CSR, it also speaks about the renowned case of Japan, a country where responsibility is considered an implicitly widespread value within society, and finally an attempt is made to highlight the connection between economy and ethics, two apparently distant concepts which, however, turn out to be particularly interconnected. Everything is aimed at illustrating a sort of picture that gives the reader the chance to get a first idea 4 of CSR, seen through the eyes of different cultures, and an understanding of why it is so important.

The second chapter opens with two metaphors. The first is that of “business ecosystem”, a sort of provocation that tries to combine a typically natural concept with the business context or, more precisely, to highlight the large number of variables that these two different “environments” have in common. The second metaphor is that of the “sustainable spiral”, the one through which the recurrence in nature of the spiral structure, and its curious importance, is deepened. The chapter concludes with a discussion on environmental education, which highlights the positive aspects that a correct approach to the environment brings (for example in the case of children with pathologies), and finally with epigenetics, a recent branch of genetics dealing with the changes which influence the phenotype without altering the genotype.

The third chapter is devoted to the importance of creative thinking and to adopting alternative points of view, here a key term will be precisely that of “lateral thinking”. It also speaks about the central role of the human component within the corporation context, and about the importance of good communication both within the company and between the company and its external stakeholders.

The fourth and last chapter is mainly devoted to two researches. The first one is conducted on the social network Instagram, which illustrates, by way of example, the cases of some companies who show, in some of their posts, a socially responsible content. The second research concerns some interviews in which I wanted to investigate how widespread knowledge of the concept of CSR is within society.

In the end, it is worth mentioning that, although this work was written with the aim of fully understanding the importance of a widespread responsibility within society, it doesn’t appear as a handbook of rules to follow and apply in order to achieve this goal. The dynamics that lie behind such a process of change are particularly complex and require a systemic approach, so without too many pretensions the final objective is to stimulate new visions and possible interventions. 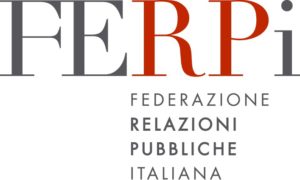